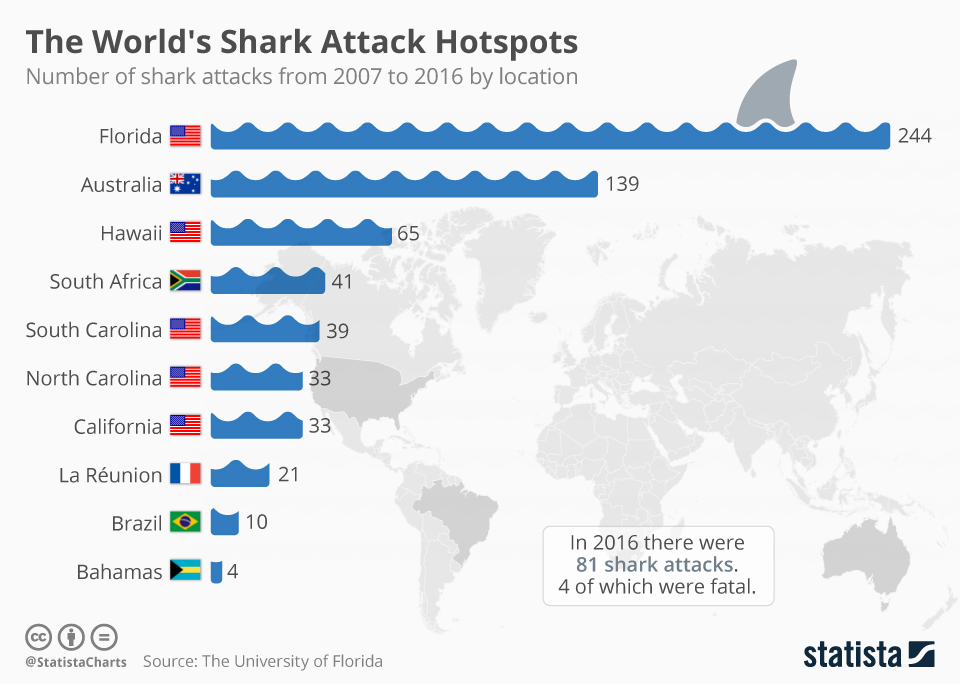 Recently, Florida has been the most popular spot for shark attacks around the globe. This is due to rough surf which creates limited visibility for the sharks. With surf, comes many surfers of course. More and more people in the water leads to a higher chance of negative interactions.

New Smyrna Beach, Florida: Home to an astounding 238 attacks, this Florida beach consistently records more shark attacks than any other beach in the world.

Shark attacks are on the rise along the California coast. Sharks have been sticking around southern California longer than they normally do because of the water staying warmer as a result of global climate change. The warm water and increase of shark numbers leads to "hotspots", or beaches where sharks have been spoted in large packs. Some major hotspots include Huntington Beach, San Onofre, Santa Monica Bay, and Ventura. Mature great whites feed on marine mammals such as otters, sea lions and seals, whose population in California have come back better than anyone could have predicted. This is a leading cause of attacks because of the sharks misjudgement in what is floating on top of the water. 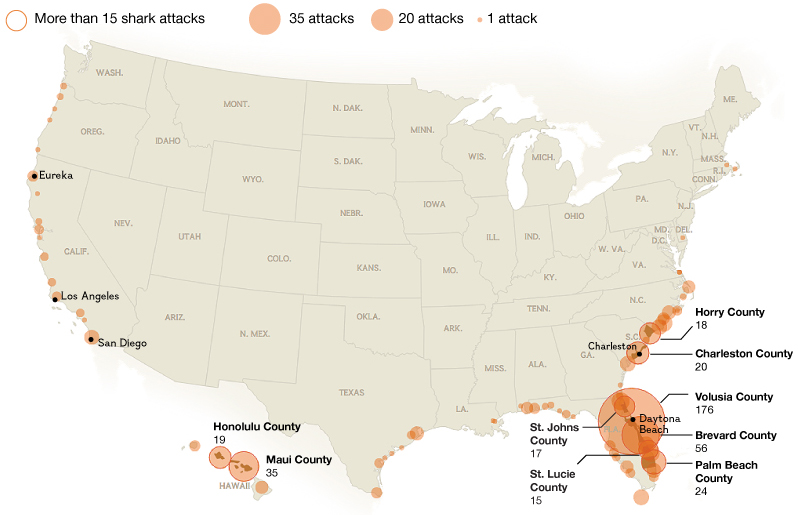 Shark Attacks in the United States by Number:

To learn more, check out these: The World's 10 Deadliest Shark Attack Beaches!